Written Cantonese, and why foreigners don’t learn it 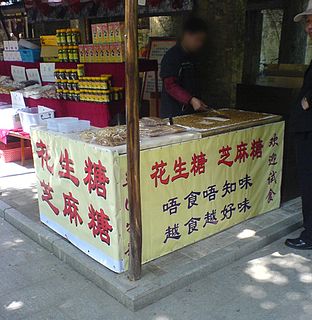 Why Nobody Expects You To Learn Written Cantonese

This is the situation with most Chinese dialects. But the difference with Cantonese is that it has a comparatively standardized written form. It’s far more developed–and widespread–than for any other dialect in China (except, of course, for the Mandarin dialect.)

For native speakers, it’s hard to think of colloquial Cantonese as anything but a lazy substitute for–or even a degradation of–the universal written form of Chinese that’s used in all schools and public organizations. And so, it can be a surprise to see written Cantonese–especially among foreigners, who have never learned Standard Written Chinese at all!

But there is actually more Written Cantonese than most people realize. (Cf. Cantonese as Written Language: The Growth of a Written Chinese Vernacular.)

And there are even some brave souls who learn to write Cantonese from the very beginning! You won’t find many native speakers who would recommend this. But focusing on Written Cantonese might be easier than learning Standard Written Chinese first. (This can be a complicated decision, since there are few resources for learning Written Cantonese. You also might need to use Standard Written Chinese at your job). See Luke Truman’s experience of writing here:

If you want to learn how to write Cantonese, then you’ll have to be pretty creative to find a way to do it. I don’t know of any comprehensive program that will teach you to write in Cantonese (although you can get a lot of tips from Luke Truman’s experience, which he catalogued on his YouTube Channel).

If you study Cantonese full-time for two years at a university in Hong Kong, then you will attain some level of fluency in Cantonese. But as far as writing is concerned, you will learn Modern Standard Chinese (aka Standard Written Chinese). And that’s what most people want, because it’s used in nearly all books and newspapers. It’s even used for subtitles in nearly all Cantonese movies and TV!

Standard Written Chinese is extremely useful, and it’s practically necessary for doing business in Chinese (regardless of the Chinese dialect). And if you use Standard Chinese to send WhatsApp messages to any of your Cantonese-speaking friends, they will understand you.

Why You Should Learn Written Cantonese Anyway

But the thing is, apart from writing business emails or a school paper, writing in Cantonese is more natural for daily written communication.

If your main goal in learning to write is to do official business, then learn Standard Written Chinese. But if you have a lot of Cantonese-speakers in your circle of friends, then it might make more sense to learn Written Cantonese. (And this might even be the case if you’re in Mainland China–millions of Mainland Chinese Cantonese speakers also write in Cantonese!)

If you think that written Cantonese is useful for you, then you need a plan. Let’s talk! Email me at CantoneseCoach@gmail.com.

Book and blog updates on hold

Because of the ongoing civil unrest in Hong Kong, I've been focused on helping prevent violence and further chaos. Between now and Summer 2020, there will be fewer updates than usual. But please feel free to email me: cantonesecoach@gmail.com.

NOTE: If you can't exit this pop-up, scroll upwards

Do NOT follow this link or you will be banned from the site!